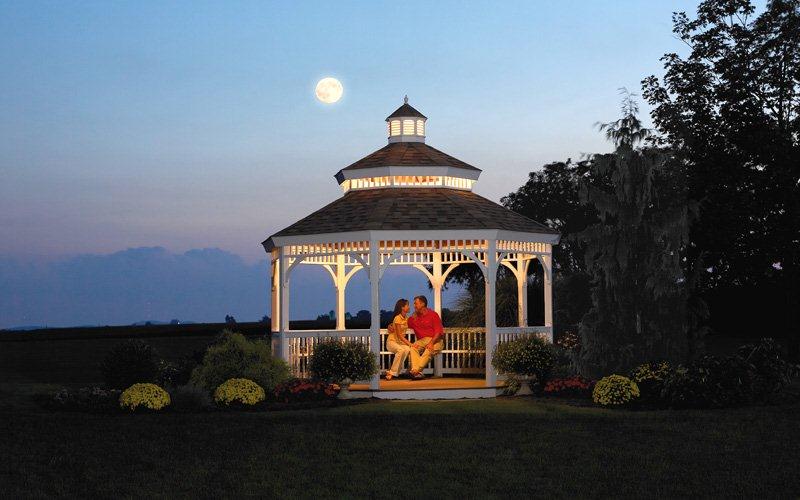 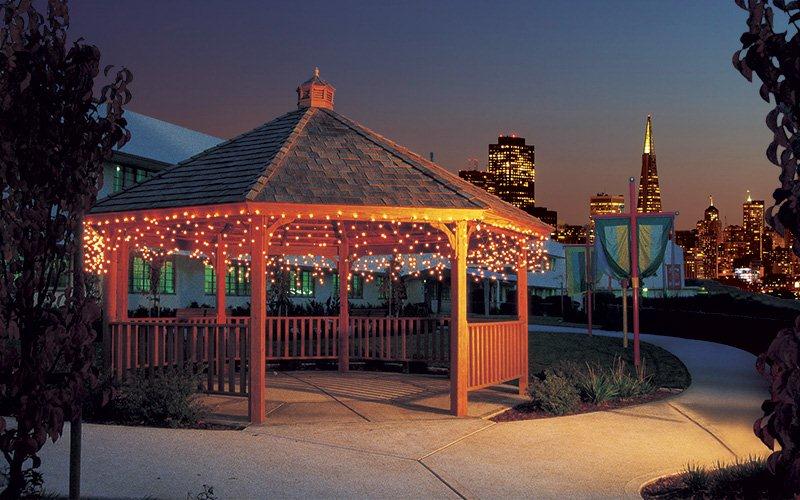 Think of the bandstand in the middle of the Town Park in The Music Man, or, as in The Sound of Music, a romantic summerhouse down by the water… Julie Andrew and Christopher Plummer were only two of the many Hollywood stars to have significant movie scenes set in a romantic gazebo.

Not only are they popular movie settings, gazebos have been mentioned in literature from the Persia and the Far East going back hundreds of years.

Gazebos are often placed in parks and public areas and can serve as bandstands, meeting places or rain shelters, among other uses. They are also very popular sites for weddings, given their visual appeal.

Gazebos are usually round or octagonal, and have a romantic, Victorian appearance with lots of ‘gingerbread trim’ as well as fancy railings, steps and hardwood floors. Some are constructed of beautiful hardwoods, needing little else but the design to evoke peaceful, dreamy sensations. Others are painted in 3-color Victorian schemes with screens, making them like outdoor rooms. Most are roofed with some type of metal or shingle roof, many are topped with weather vanes.

Gazebos are different from their close relative, the pergola, in that a pergola is a shade structure with an open roof, like having rafters overhead, but no roof. A gazebo is more of a building.

Are you working on a project that needs a little help? Are you stuck on an outdoor build and need a little assistance or guidance? Let us know and we will do what we can to help!
Scroll to top